Ever wanted to help scientists in their research? Now you can, by playing EVE Online! Last year, CCP Games, with the help of MMOS (the ‘S’ means science, the rest is what you expect), Human Protein Atlas, and the University of Reykjavik, released Project Discovery. It was a minigame in EVE Online that helped researchers map out the proteins in human cells. This year, a new phase of Project Discovery would begin, this time with help from the University of Geneva instead of Human Protein Atlas. This new phase means to discover new exoplanets in our own universe! 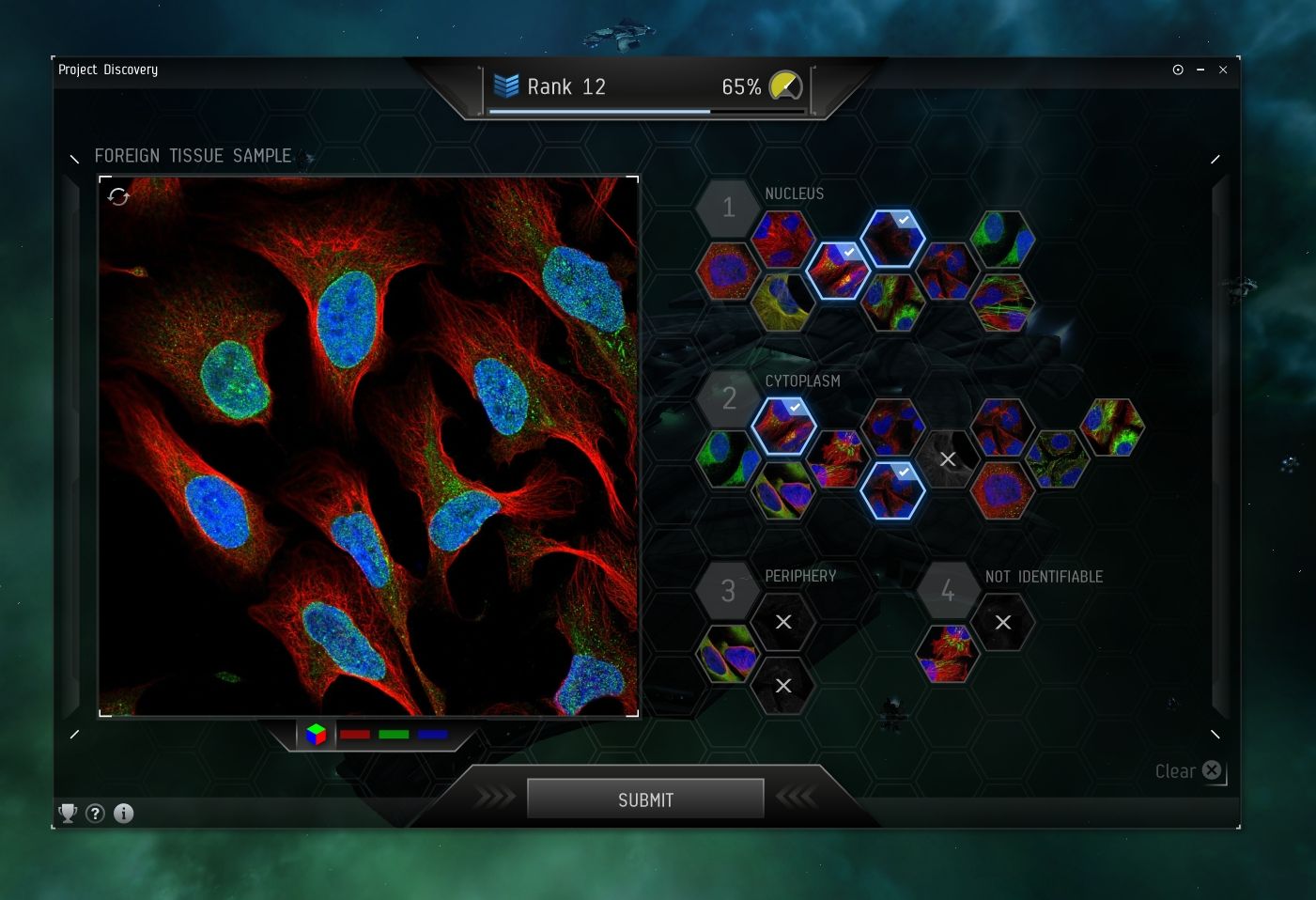 Aside from helping the scientific community through citizen science, Project Discovery rewards players with EVE ISK, EXP and Analysis Kredits. You can spend the latter for Project Discovery specific items, like boosters or attire. With the EVE ISK rewards reaching up to 50,000 or more per slide, it was a very lucrative source of ISK.

Let’s hope this new phase of Project Discovery has rewards that match or even go beyond the last phase. Besides, who wouldn’t want to help discover other exoplanets? Who knows, you might even help discover an alien species or even more Earth-like planets!

Project Discovery phases exist only for a limited time. Once the players have reached a general comparative consensus, the phase will end and CCP will send the data to the University of Geneva. You should take advantage once it starts because it won’t be there forever. If the previous phase is any indication, this one could also be a good spring of EVE ISK.

The EVE Fanfest 2017 on April 6-8 will shed more details on this. This would be held in Reykjavik, Iceland. EVE Players who buy a ticket will get a decommissioned CONCORD Pacifier class frigate. Those who buy both a Fanfest and EVE Vegas 2017 ticket may pick from a selection of spare decommissioned Marshall class battleships.